Resonance
QM & Coherent Ringing
From the cosmos to proteins and enzymes, systems ring like bells

SEEING THE WORLD IN A WHOLE NEW LIGHT

In the beginning was the Void. Sound waves [the Word] originated in the first instant of the universe’s life, when the cosmos underwent an extraordinary expansion. No one really knows what drove it, but by stretching the very fabric of space, it magnified a weird subatomic phenomenon that is known today as the spontaneous materialization of particles from a complete vacuum. Vacuum fluctuation underlies both cosmology and quantum processes.
Vacuum-spawned particles are constantly flickering in and out of existence around us, arising from and sinking back into the void. During inflation, this process like everything else in the universe, was magnified tremendously. The rapidly expanding early universe imparted enough energy to these particle wannabes that instead of quickly subsiding into the vacuum, they remained in the real world.

The sudden influx of countless particles from the vacuum was like a stone thrown into the dense particle pond of the early universe, sending out ripples–pressure waves. And pressure waves rippling through a gas are nothing more than sound waves. The entire universe rang like a bell.

Those reverberations were abruptly silenced 13 billion years ago, when the universe became transparent. Once photons were traveling freely through space, [“Let there be Light!”], there was no longer enough pressure to support the sound waves. But before fading forever, those echoes of creation had left their mark on the cosmic microwave background. When sound waves were still spreading through the universe, they compresssed the particle soup in some regions of the cosmos and rarefied it in others. Pressure changes cause temperature changes–increase the pressure in a gas and the temperature increases. Microwave photons coming from these various regions have slightly different temperatures. The temperature patterns show the universe just as it was when the particle fog–and the sound waves–vanished.

Patrick Cornille, "Inhomogeneous Waves and Maxwell's Equations." Chapter 4 in Essays on the Formal Aspects of Electromagnetic Theory, Aklesh Lakhtakia, Ed., World Scientific, New York, 1993. Cornille clearly shows that Maxwell's equations are directly created by scalar potential interferometry. As he states, this means that EM force field wave s are created by the interference of sound-type scalar potential waves, or "sound creates light." This strongly supports Tesla's original statement that EM waves in the vacuum are actually EM sound waves, much like sound waves in a gas. Further cosmology supports this because before the universe became transparent and radiated light, it rang like a gargantuan bell. 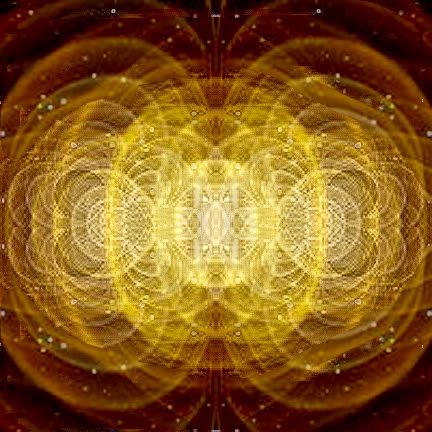 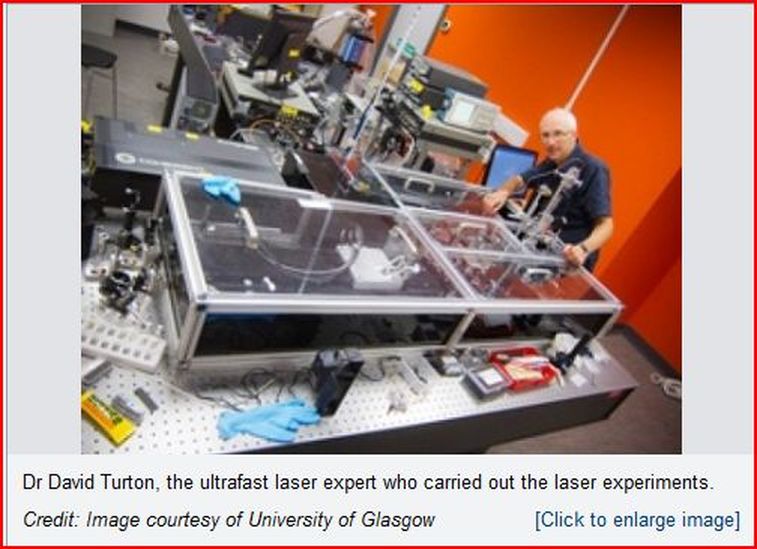 Source: University of Glasgow Summary: As far back as 1948, Erwin Schrödinger -- the inventor of modern quantum mechanics -- published the book 'What is life?' In it, he suggested that quantum mechanics and coherent ringing might be at the basis of all biochemical reactions. At the time, this idea never found wide acceptance because it was generally assumed that vibrations in protein molecules would be too rapidly damped. Now, scientists have shown that he may have been on the right track after all.

As far back as 1948, Erwin Schrödinger -- the inventor of modern quantum mechanics -- published the book "What is life?"

In it, he suggested that quantum mechanics and coherent ringing might be at the basis of all biochemical reactions. At the time, this idea never found wide acceptance because it was generally assumed that vibrations in protein molecules would be too rapidly damped.

Now, scientists at the University of Glasgow have demonstrated he was on the right track after all.

Using modern laser spectroscopy, the scientists have been able to measure the vibrational spectrum of the enzyme lysozyme, a protein that fights off bacteria. They discovered that this enzyme rings like a bell with a frequency of a few terahertz or a million-million hertz. Most remarkably, the ringing involves the entire protein, meaning the ringing motion could be responsible for the transfer of energy across proteins.

The experiments show that the ringing motion lasts for only a picosecond or one millionth of a millionth of a second. Biochemical reactions take place on a picosecond timescale and the scientists believe that evolution has optimised enzymes to ring for just the right amount of time. Any shorter, and biochemical reactions would become inefficient as energy is drained from the system too quickly. Any longer and the enzyme would simple oscillate forever: react, unreact, react, unreact, etc. The picosecond ringing time is just perfect for the most efficient reaction.

These tiny motions enable proteins to morph quickly so they can readily bind with other molecules, a process that is necessary for life to perform critical biological functions like absorbing oxygen and repairing cells.

The findings have been published in Nature Communications.

Klaas Wynne, Chair in Chemical Physics at the University of Glasgow said: "This research shows us that proteins have mechanical properties that are highly unexpected and geared towards maximising efficiency. Future work will show whether these mechanical properties can be used to understand the function of complex living systems."

The above story is based on materials provided by University of Glasgow. Note: Materials may be edited for content and length. 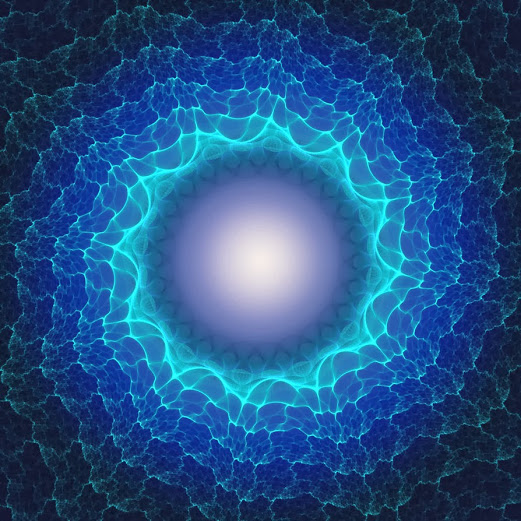